Speaking of spending money on lawyers, I’ve seen that you’re being subpoenaed?

Well they haven’t subpoenaed me, they’ve subpoenaed some people who work for me,again, trying to find Russian collusion where none exists. I sleep well at night because I know what I have and have not done, and the whole idea that Donald Trump needed
help from the Russians, or that I somehow received some illicit, allegedly hacked
material from WikiLeaks and passed it on to Donald is a fantasy; it’s a left-wing
conspiracy theory. It is unprovable because it is false. Given the fact that I’ve been a
friend and advisor to Donald Trump for almost 40 years, it’s not surprising that the
special counsel may want to examine my activities, and he has an obligation to run
down every lead at this point, I think he’s getting increasingly desperate that he can’t
find any Russian collusion, so it’s not unusual that my activities be examined. But I’ve
done nothing wrong other than be for Donald Trump, and that’s why I think I’m going
through this.

Well I think a lot of people are going through this. Let’s be honest, for just a second.
If there’s any smoking guns, do you think we would not have it by now? The highest
bidder from, you know–

You know, I think they would have found it and I also think they would have leaked it
by now. Just the fact that a social media consultant who worked for me for, I think,
three months during the campaign has now been subpoenaed by Mueller, the fact that
that’s in the newspaper today, how did that get in the newspaper if it wasn’t leaked? I
didn’t announce it, he didn’t announce it. By the way, he knows nothing of collusion or
any other shady business. But how did that get out in the media today, if not trying to
put pressure on us and to try and demean us? So, it’s disappointing, to say the least.

And is there any end in sight to all this?

Well, it’s very much in the hands of the president. I don’t know how long he’s going to
put up with this harassment of his supporters and his friends and his family. I mean, the
special counsel still wants to interview him, which I urge him not to do, it’s quite
clearly a trap. We saw the questions on page 1 of the New York Times that they want
to ask him, they’re all of the “when did you stop beating your wife” variety in the way
they’re worded. There is no way to win at that, in my opinion. I think he should put an
end to this soon. First of all, he needs to fire Jeff Sessions and Rod Rosenstein if for no
other reason than their refusal to share with the Congress, the co-equal branch of
government, information regarding the mass surveillance of American citizens. If there
were FISA warrants that were levied on American citizens, we need to know why and
who, and for what purpose. The purpose is clear: for political purposes, to cook this
election. The use of the authority and the capability of the state to surveil American
citizens for political purposes is a much, much bigger scandal than Watergate. It’s an
abuse of power for which we need to ask the obvious question: what did Obama know,
and when did he know it? If he knew it, then he needs to be prosecuted. What was the
great lesson of Watergate they told us again and again and again? No person is above
the law. No person is above the law. That means Barack Obama and Bill and Hillary
Clinton are not above the law. They want to talk about Russian collusion, I can help
Robert Mueller out. Hillary Clinton and her husband took a hundred and forty-eight
million dollars from the Russian energy company. Bill Clinton took half million dollars
from the Russian energy company while they were seeking approval to obtain control
of 20 percent of America’s uranium. That’s Russian collusion. It’s an open-and-shut
case. Why haven’t they been arrested? It’s very hard to understand. 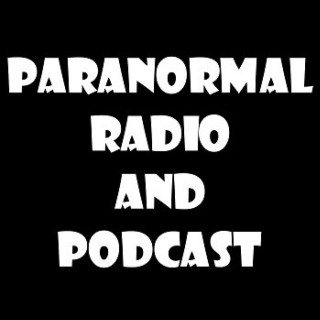 Sharing and Growing Your Speakers.